Love or Hate the Nail Trends of 2015 That Divided Opinion ... 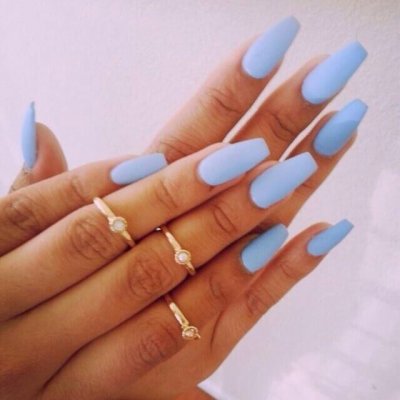 Nail trends come and go and sometimes something really cool comes along and other times we are just left scratching our heads. The year 2015 was no different when it came to nail trends. As someone who posts nail articles regularly, I have had an insider peek at some of the trends, along with your reactions to them (bubble nail art, I'm looking at you). Here are the top nail trends from 2015. Do you love them or hate them? 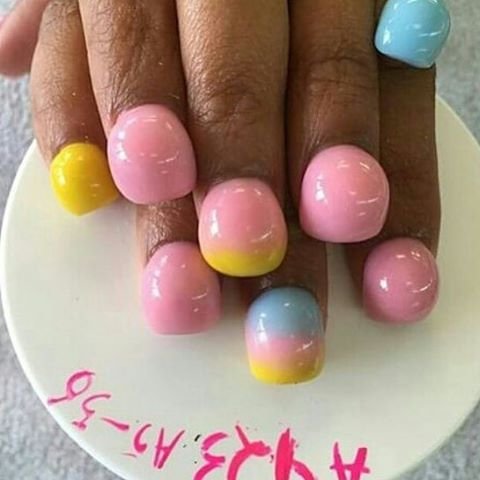 You readers had a pretty quick reaction to bubble nails, which I covered several months ago (Check out This New Nail Trend: the Bubble Manicure ... @Eliza). This involves piling layer after layer of nail polish on your nails until you create a bubble on each one. It's different, that's for sure. And I can't imagine that everyday tasks would be that easy with bubble nails. My opinion - no thanks! 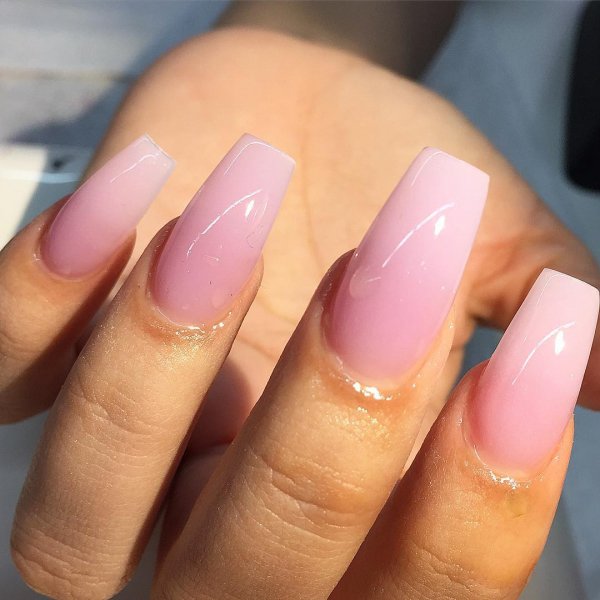 Coffin nails aren't just for Halloween. This trend refers more to the shape of your nails than the art on them. Basically, each nail is filed out to a tapered square on the ends, resembling a coffin. This trend began to take off in 2015 and you can probably expect to see it get even bigger in 2016. What do you think? 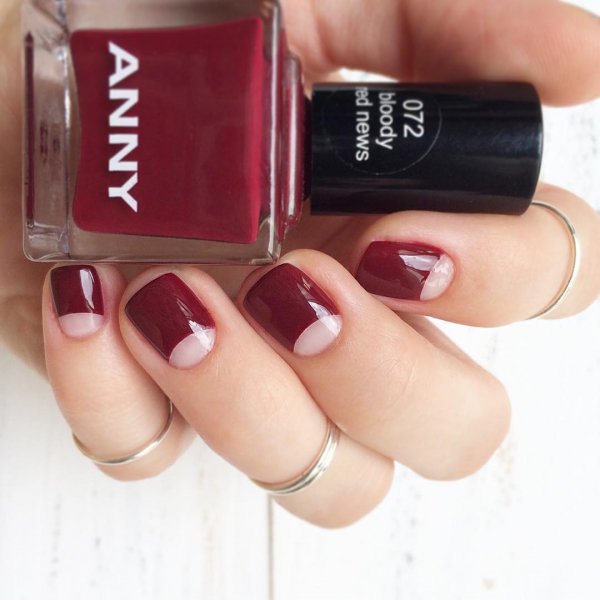 This is effect is essentially the opposite of a French manicure. Instead of painting the tips of your nails, instead you paint along the half moons near your cuticle. Sometimes that's the only color on your nail and other times, you half moon area is simply a different color than the rest of your nails. However you do it, this look was one of the most popular on runways last year. 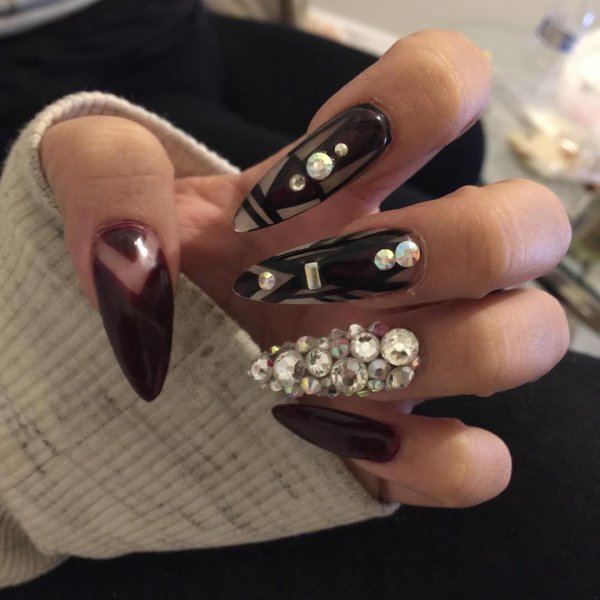 Nail art has been huge for quite some time now and it will probably continue to stay that way for the foreseeable future. However, 2015 saw some really epic three dimensional nail art. Think shiny rhinestones, tiny bow charms. chains and just about anything else you could possibly dream up. Have you tried this trend yet? 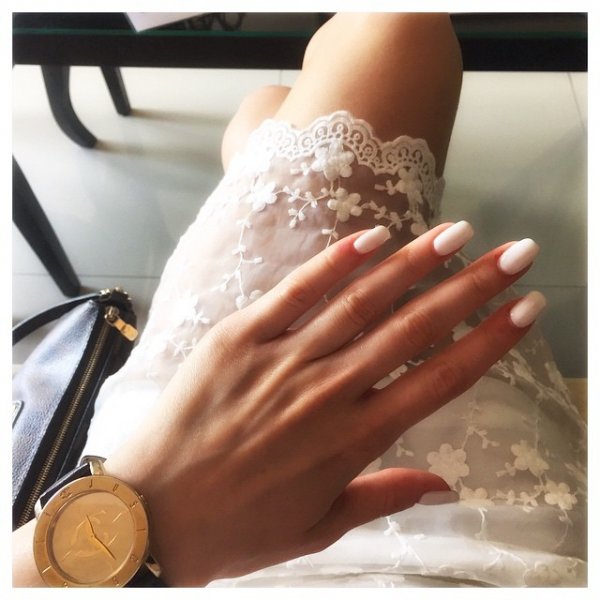 Bright white polish had its moment in the spring of 2015, but that doesn't mean it's gone out of style. A clean white manicure looks pretty darn good, don't you think? Some girls choose to fancy their white polish up with a bit of gold or black embellishment. Which way do you love this trend the best? With color or without? 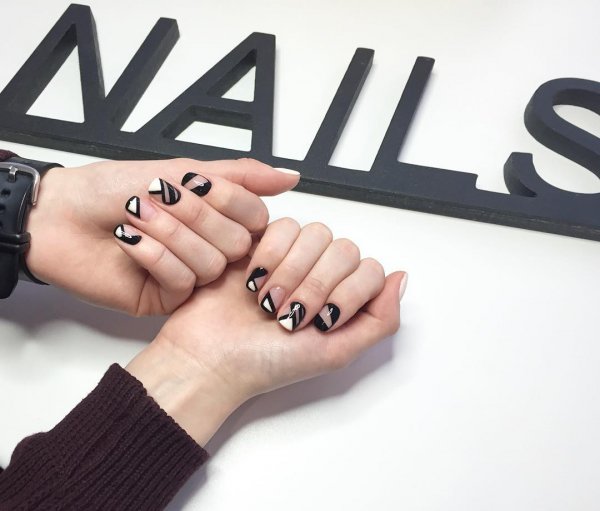 In 2015 you may have revisited your geometry class by creating shapes on your nails. From 80s inspired squares and triangles to simple criss crossed lines, geometric nail art grew in popularity in 2015. If you still love it, don't worry because it's still trendy in 2016 so go ahead and stick with it. 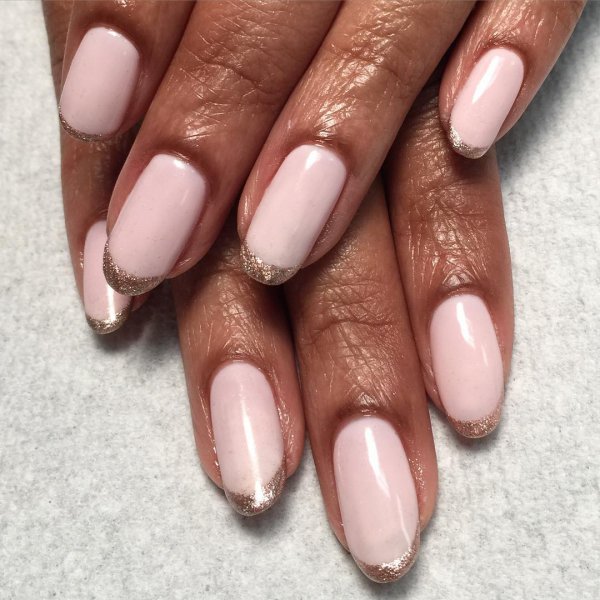 Instead of the standard white on nude French manicure, you're used to, 2015 saw a surge in colored French manicures. Whatever combination you could dream up was cool. Think shades of purple, blue or pink. You might even have seen gold on black, silver on pink or something with lots of sparkle.

Which of these trends would you be sad to see go? Which ones do you wish never to see again?