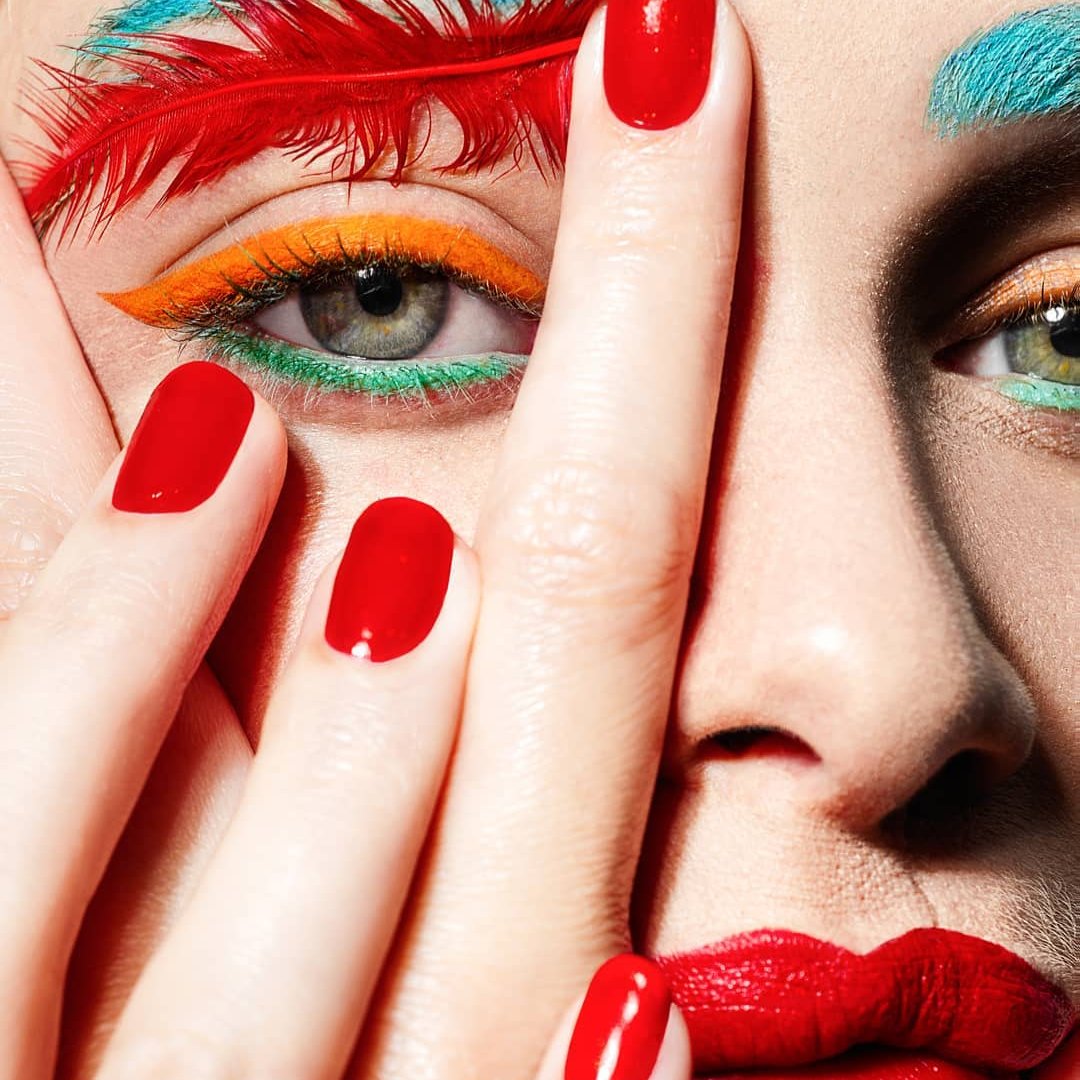 There are definitely some nail mistakes to avoid. So you went to your favorite nail salon and got your nails done? You got literally only 5 steps from the salon when you realized that rather than impressing everyone with your diva fabulousness, you’ve managed to go from hot to not instead! What went wrong?

It could be that you made one of the 10 fatal fake nail mistakes. If you’re not sure which one, keep reading for the most common nail mistakes to avoid.

A few years ago, I shared a cab with a woman. We were both going to the airport. She got out first, and as she closed her door, I heard this scraping sound like talons raking. Then I looked and saw what appeared to be clawlike appendages scraping across the car window.

Ack! I just knew in that moment that the velociraptor from Jurassic Park had finally come to get me…but then I noticed that these claws were beautifully shaped, fire-engine red, and did not appear to be dripping with blood.
Could they be— I wondered—that woman’s nails???

If your nails are so long they make scrabbling sounds when you pick up a pen or try to type on a computer, they are too long!

If your nails are so long, you have to invent new ways to button your clothes, they are too long!

If your nails are so long, that when you hold a hamburger, half of the hamburger gets embedded under your nails, then they are…

You know. Nails that are too long are one of the biggest nail mistakes to avoid.

Oh, I’m sure your nail technician thinks she is just the cutest, snipping away at your cuticles with those tiny little scissors. Or perhaps she’s the type who is using the sander intended to file down nails—or your cuticles! Either way, there are a couple of things going wrong here.

First of all, snipping away excessively at one’s cuticles is a bad idea. This skin is meant to protect you from bacteria making its way through the opening between your skin and nail. When you cut away at your cuticle, you’re opening yourself to infection.

Second, why are you bleeding? Your technician is there to cut and shape nails, not cut your skin! Bleeding cuticles aren’t pretty, they hurt, and they kind of undermine the reason you went into the salon in the first place – to feel good about yourself and your appearance!

Uh huh. So you went to the salon. It could be they saw you coming from a mile away, sniffed out that you had just gotten a bonus in your paycheck, and convinced you that it was time to make you “extra pretty.”

So you went in intending to get a French manicure and you walked out with tri-colored nails featuring a swervy vertigo-inducing design and festooned with more rhinestones than a pair of 1980’s cowboy jeans.

You went back to that unclean nail salon. Well, they only cost $20 for the mani-pedi you told yourself. Then a few weeks later, you notice a couple of toenails with a strange yellow color and a thickened crumbly appearance.

Hmm. You’ve gone and gotten yourself a fungal nail infection!

Notoriously hard to treat, fungal nails are also not the nicest to look at. So even if they advertise the sale of a lifetime, promise to throw in a neck massage, or tune into your favorite talk show, let’s skip that shady nail salon, ok?

Oh, we have a new batch in, the nail tech tells you. All new shades. Glossy! Classy! Just the way you like it. And you’re thinking eggshell or iridescent pearl, and the color sure looks lovely on the nail swatches.

Then the nail tech starts swabbing this stuff on your nails, and it looks the color of baby vomit? It’s not shiny, it’s kind of lumpy, and in the light it seems to have a radioactive green afterglow? What is this? Some batch of old polish that was discovered in the back room?

But the nail tech keeps talking it up, you're running late for another appointment, and the next thing you know you are out the door with the baby vomit color.

And instead of proudly holding open a door or typing a letter, you feel like hiding your hands behind an extra large purse?

You got had, girl! You got stuck with an UGLY COLOR.

Did some of your nails end up looking like Eva Longoria’s and the others like the nails of a studious court typist? Well, then you got suckered with one of the dreaded scourges of the nail salon—the uneven nail.

Perhaps your nail tech was too busy talking to her baby daddy on the phone. Or it was just at that moment on The View when Whoopi Goldberg chipped in with some sarcastic comment. Whatever it was, your nail tech took her eye off the ball. And to be fair, you did too. You were thinking about what to cook for dinner, if you really need to get that back tire changed, or why the electric bill is so ridiculously high this month. In any case, somehow you wandered out of the nail salon with each nail looking like it had a mind of its own and perhaps intended to be on another hand?

Have you ever had your nails done, happily headed out of the door to go shopping, and found your nail chipped in less than the time it would take to get home?

If so, you’ve probably run into the dreaded cheap acrylic (or gel) nail.

To be sure, some of the blame may fall on you—the wearer. If you are especially hard on your nails, using them to pry open lids or drumming them on tabletops, you can bet that you’re opening yourself to chipping. (They’re meant to be hard, not indestructible!)

On the other hand, you’ve paid good money for these things! That could have been grocery money. Maybe a blouse? Well now that’s money just thrown out the window, never to be seen again.

In general, fake nails are just not that fragile. Maybe it’s time to find yourself a new salon!

8. Leaving Nails on Too Long

Ok, you’re busy. And between doctor's appointments, hair appointments, dropping your kids off for (where did you leave those kids??) you might be too swamped to remember your nails. But when you start to see a weird colored crescent moon of regular nail peeping out from behind your fake nails—it’s time to do something. You either have to give up and go back to the salon for new extensions. Or get real – as in your real nails. Because the hybrid look is not happening.

It’s a hard habit to break (maybe harder than breaking a nail), but bitten nails are not a go-to look. Besides looking fairly unprofessional, this habit can be unsanitary. Who knows what bacteria’s lurking under those bitten nails?

One time-honored trick to break this habit is applying a bitter-tasting polish. When you go to chew on your nails, it’s like biting into a Tide Detergent Pod. Yuck! (And no, you shouldn’t be doing munching on those either.)

Another is – sigh – getting fake nails. You can’t munch on your real nails if you can’t get to them!

Ack...you accidentally wandered out of the house with… (dramatic scream) your own nails! No polish, no gel, no varnish, no extensions. Just you. And guess what? It’s ok, and it’s not actually a mistake. Sometimes you've got to let your own nails just breathe and be themselves.