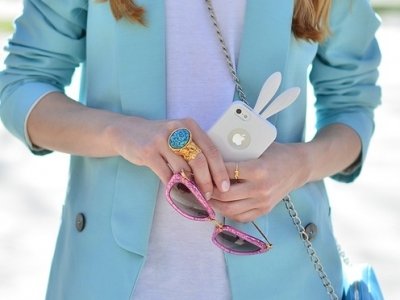 Groomed hands and nails seem like a mission impossible when you’re clumsy, a neat freak, rarely remember to wear gloves and don’t even own a dishwasher. Hah, story of my life but, surprisingly, I get a lot of compliments on my hands and nails. Good genes? Hardly! Hard work? Not really! I know you may think having groomed hands and nails is too high maintenance but it’s really a piece of cake, and if you make a small effort to employ these neat little tricks I’ve picked up, you just might get really surprised:

First on my list of tips for groomed hands and nails is so simple you won’t even believe it works. But it does! Get a fast drying nail polish or a hardening nail treatment of choice and apply it before you do any chores. I know it doesn’t make a lot of sense since your manicure is about to get messed up anyways, but this trick actually helps protect your nails making it much easier for you to avoid sudden chips and tears.

2. Find a Shape That Works

Feel like your nails chip too much despite the constant care you provide? Why don’t you try a different shape? I’ve given up square nails and my nails rarely even chip now. Who would have thought almond and even stiletto shape would be so much easier to wear and maintain.

3. Damage Control is a Must

A small chip or an injured cuticle isn’t such of a big deal, until it gets ugly and let’s be real - it usually does. Don’t just shrug it off- do your best to fix it before it turns into a massive tear or a major inflammation that’ll bother you for days or perhaps even weeks. I know it sounds like a chore, maybe even something only an obsessed person would do, but I’m talking about two to five minutes only which, in the overall scheme of things, isn't a huge sacrifice.

4. Find a Manicure That Works for You

My cuticles get red and puffy only when they are pushed too far back and I can happily report that I’m blessed with claws of steel, but only if the length is right. Experiment with your hands and nails, find that happy medium and you’ll realize your nails are not as nearly as hard to manage as you thought. It’s that simple and, no, you don’t need to try to emulate something you’ve seen in a fashion magazine. A nice well-groomed shape, sustainable length and a fool-proof manicure technique are pretty much all it takes for you to have those great nails you’ve always wanted.

Find a 2 in 1 moisturizer that works for both hands and nails. Keep it on your night stand and apply it the moment you hit the sheets. This is a perfect little hack for all of us obsessed with hand washing and pretty much the only way to make sure the product will stay on your hands long enough to deliver all that moisturizing, repairing goodness. Your hands and nails will look better and better with each passing day and you don’t even have to lose your sleep over it – how cool is that?

6. Steal a Few Moments to Pamper Your Hands

Hate commercial breaks? Why not put them into a good use? I usually grab a nail file and do my nails while the hubby is flipping through the channels. It’s totally whacked, I know, but it works like a charm. I get to see the movie or the TV show in question, can ignore that annoying channel-flipping and don’t have to waste any of my useful time doing nails or waiting for the polish to dry.

Taking care of your hands and nails doesn’t have to be an expensive habit! You can do it yourself, just like I do. But wait, don’t say, you think regular maintenance is hard, right? Well, nope! It’s the other way around. Groomed hands and nails are actually quite easy to handle because small fixes are all you’ll ever have to do. Five minutes here, ten minutes there, some bedtime moisturizing and voila – you’ll have it all.

Will you be adding nails to your New Year’s Resolution for 2014? This next year could be the year of great nails for you and, trust me, once you give it a go and realize that pretty much anything can be done on the go, you’ll never want to go back to not caring.